Tackling My Own Role as Consumer...

While living on the coast of South Carolina over the last two years, my access to consuming fish has given me direct access to locally caught fish. Either purchased from local fish markets or catching my own fish at the surf, I continue to question my role as a consumer of fish. Through the Local Catch Series, I also consider what is the ideal local fish to eat. The explorative presentations of my work support internal reflection of preserving my meal, idolizing it through memorialization and beautification.

​As I struggle with my learned knowledge of harmful fishing practices and overfished populations throughout the world, I hesitantly enter into our local fish market wondering if any of these exhibited fish are really ideal to consume. In the process of the participant’s investigation, I welcome them to arrive at their own conclusion on how to best tackle the issues of current fishing practices through their own creative research.

Through Burial and Ritual 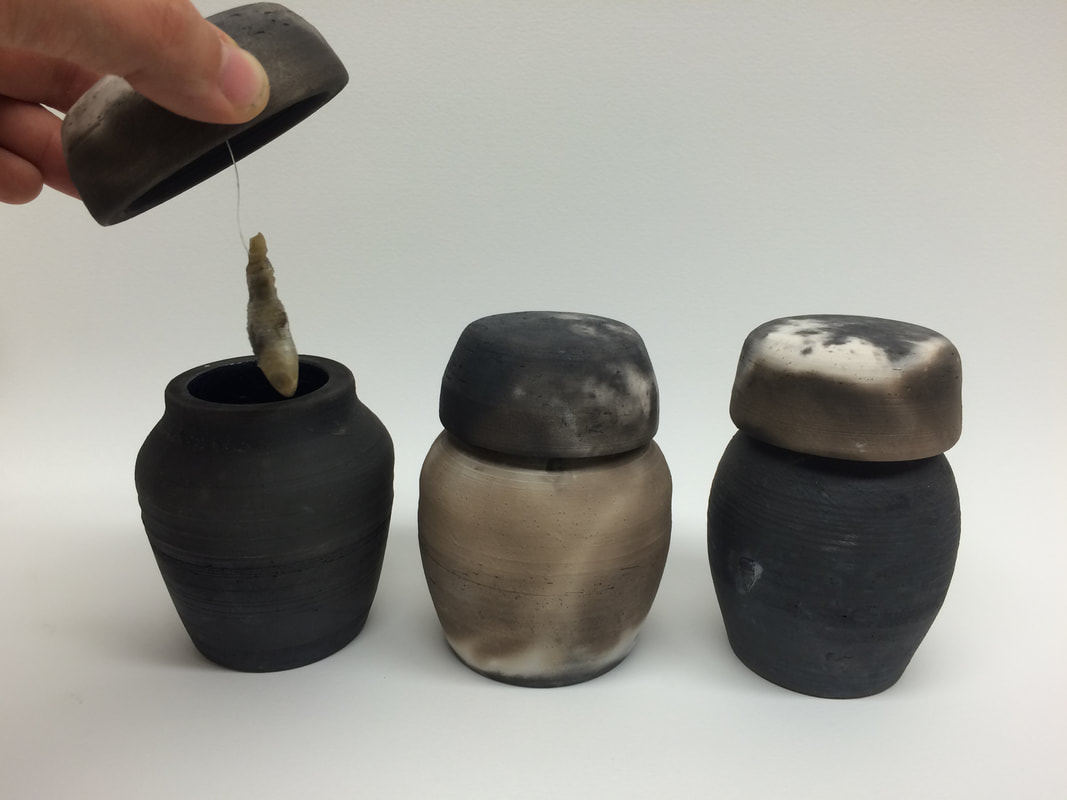 Vessel: Cast Off to My Mistakes, 32” x 7” x 8”, vessel, raku canopic jars, mummified fish, 2014
The burden of living with a regret is attempting to reach a point of self-forgiveness and reconciliation with the past. In that spirit of moving beyond my past oblivious wrongdoing, I created a vessel to hold the remains of three fish. This ritualistic making was an act of penance inspired by ancient Egyptian burial practices to preserve not only the flesh, but the afterlife as well.

The final physical manifestation was not as important as the process of creating and injecting myself into the work. As beautiful as Vessel: Cast Off to My Mistakes was, its making was my own illogical way of reflecting on my past and thoughtless consumption, as well as putting the burdened guilt I held to rest. I gave bits of who I am through the use and manipulation of materials, process, and collected knowledge. Through that sacrifice and offering, Vessel: Cast Off to My Mistakes speaks of my struggles dealing with my journey as a consumer of fish.​
​
​

Link to see Fish Funeral: You Will Be My Death
The Fish Funeral series allowed me to contemplate my individual consumption, while also dealing with the prospect of fish not being available one day in my lifetime. I consider the way the plants and fishes’ symbiotic relationship spoke to humans and their food. My continued thoughtless consumption could become the means to my death if I did not engage myself to a system I equally depended on.
In the act of exploring the makings of Vessel and the Fish Funeral series, I was leaving an essence of who I was, as visual fragments, while on my journey to discovering my place as a consumer. I considered how these odd portraitures spoke to my perspective, where the viewer could empathize with my plight—or judge me. 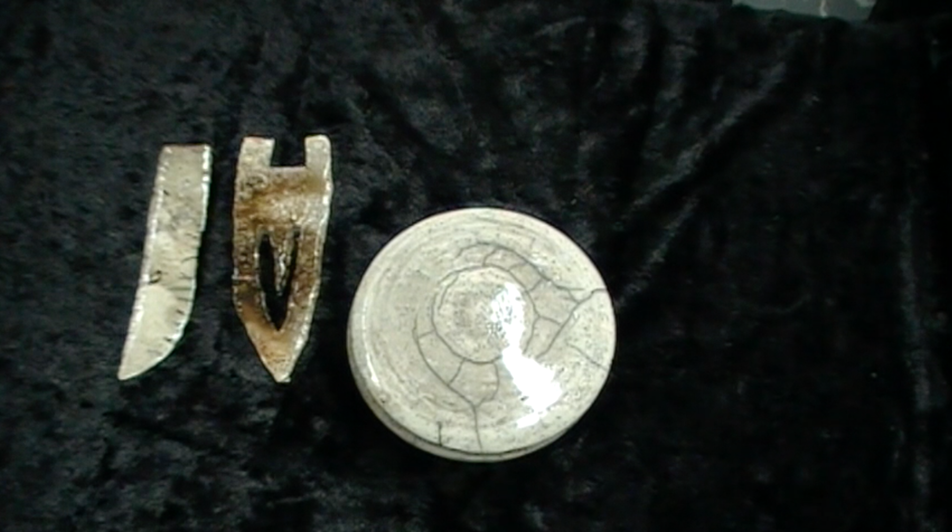 Link to see The Unseen Ritual

By Exploring the Complexities of Trophies 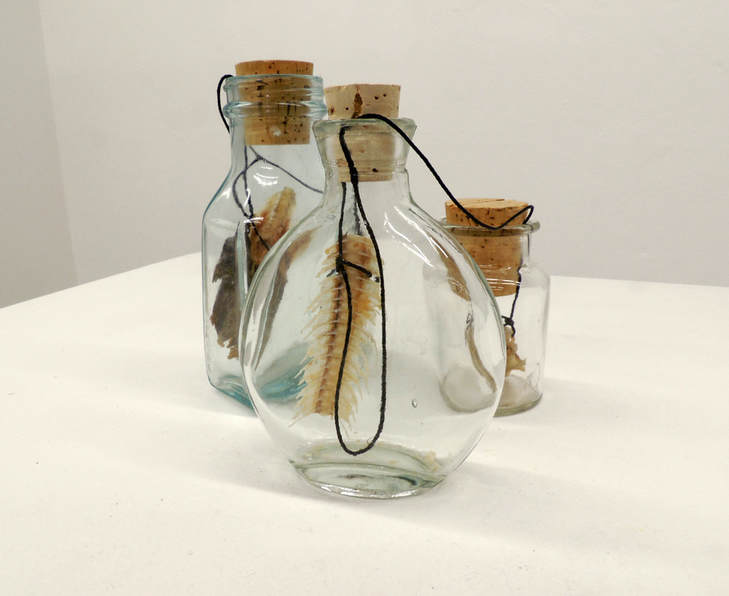 Trophy: Deep Fried Undesirables (or are they?), 4" x 5” x 12”, glass jars, trout skeleton, string, 2014
In the hopes of finding a more sustainable source of fish, I digest the weight of my research while guardedly reflecting on my actions. These vessels contain my experiential collections of residual meal remnants; here, I observe my consumption and examine what I have decided to leave behind.

As I endeavored to find my “ideal” answer, I decided to define various types of trophies that explored my interaction with the fish I consumed. What I found was that the process of preserving my former meal, to then observe my consumption, communicated a commonality of nostalgia through all of my trophies. These clues tapped into the individual character of the owner and maker. Similar to a hunter mounting a kill on a trophy wall, an academic framing a diploma in office, or a serial killer collecting a souvenir from their victim, the “object” collected became a portal for the mind to procure temporal minutiae. ​